Compilation of performance test results (in metric standard - I still have to do the same for UK tests). Regular updates scheduled when new tests are published. Auto Zeitung results (0-100 km/h: 3,0 s / 0-200 km/h: 8,7 s) not included because recorded during a first drive and not during a fully instrumented test.

* Sport Auto values from the 0-300-0kph test in Papenburg, values between brackets are from the Supertest.

My previous post has been translated and used on German Car Forum, so for English readers, I will redirect you to the discussion thread over there (with scans of the article).

Similarly, you can also follow a discussion I started on the topic on McLaren Life. 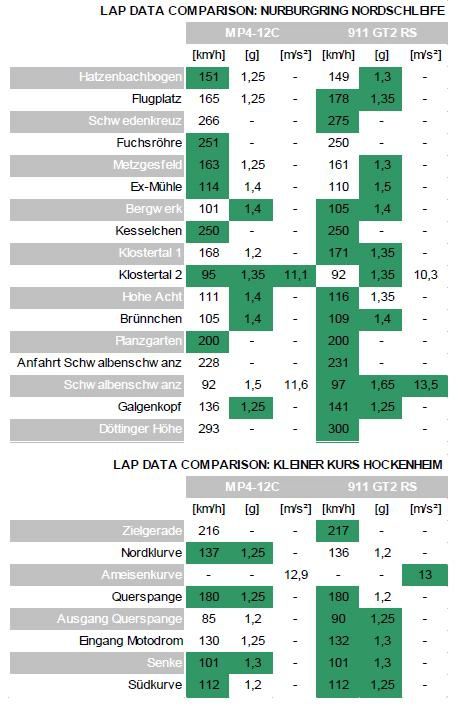